The Divine Five is a nod to the five Black Greek-lettered fraternities in the Pan-Hellenic Council. In homage of the founders, past legendary members and current members, each tie is exquisitely made to bring out the best in anyone. Alpha Phi Alpha, Omega Psi Phi, Kappa Alpha Psi, Phi Beta Sigma and Iota Phi Theta, represent! Or just simply pick anyone of these ties because they simply look so great and grown people can wear whatever they want! 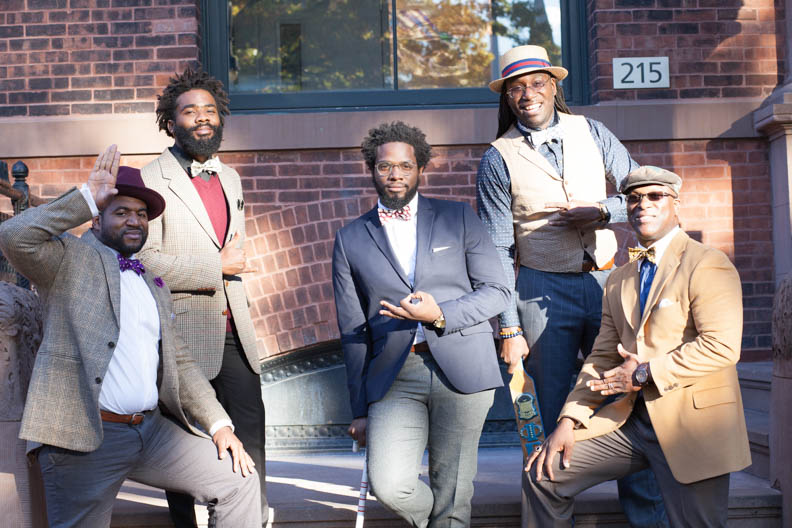 The Renaissance collection, our inaugural set of ties, is a nod to the Harlem Renaissance Movement of the 20th Century. Each tie is named for its most influential archetypes. The Nicholas is inspired by African-American dance and choreography masters, Fayard and Harold Nicholas. The self-taught world-famous tap dancers performed for a time span of seventy years. Originally from North Carolina and the sons of college-educated parents, the two grew up in Philadelphia and moved to New York where they became a featured act at Harlem’s Cotton Club at the young ages of 11 and 18. The pair traveled the world, entertaining international audiences with their gravity defying acrobatic moves and tap dancing. Starring in numerous films, Broadway shows and at theaters, The Nicholas Brothers are perhaps the most celebrated tap duo of all time. They are especially known for their “leap frog” move that was featured in the 1943 Stormy Weather. They would go on to teach master tap classes at Harvard University as the Ruth Page Visiting Artists and would mentor Michael Jackson, Debbie Allen and Janet Jackson.

The Renaissance collection, our inaugural set of ties, is a nod to the Harlem Renaissance Movement of the 20th Century. Each tie is named for its most influential archetypes. The Arturo was inspired by Afro-Puerto Rican scholar, historian, archivist,  poet, writer and activist Arturo Schomburg. Although he is oftentimes mislabeled as an African-American, Schomburg was in fact a proud Afro-Latino, born and raised in Puerto Rico, who devoted his life to uncovering the rich and hidden history of people of African descent around the Diaspora. In addition to founding organizations whose sole mission was to unlock the history of African peoples, he also was a prolific writer. In 1925, he published the essay “The Negro digs up his past” which is said to have inspired a 17-year old John Henrik Clarke so much that he packed up his belongings and migrated to Harlem. “The Negro digs up his past” was one of the pieces that Alain Locke included in his 1925 New Negro.  Over the course of his life, he amassed a collection of thousands of articles, documents, images, manuscripts, pieces of art, and slave narratives. With a $10,000 grant, The New York Public Library purchased his collection which became the foundation of is Division of Negro History at its Harlem Branch on 135th. Today, that collection is now the Schomburg Research Center for Black Culture. To date, it’s the world largest archive on people of African descent. As a Black man, an Afro-Latino, we have Schomburg to thank for much of what we know about African Diasporan history and culture.

Sidebar: This colors of The Arturo’s fabric reminded us of the colors of the Puerto Rican flag. Vive Puerto Rico!

Claude McKay, 1889 – 1948“If we must die—let it not be like hogsHunted and penned in an inglorious spot,While round us bark the mad and hungry dogs,
Making their mock at our accursed lot.
If we must die—oh, let us nobly die,
So that our precious blood may not be shed
In vain; then even the monsters we defy
Shall be constrained to honor us though dead!
Oh, Kinsmen! We must meet the common foe;
Though far outnumbered, let us show us brave,
And for their thousand blows deal one deathblow!
What though before us lies the open grave?
Like men we’ll face the murderous, cowardly pack,
Pressed to the wall, dying, but fighting back!”

The Renaissance collection, our inaugural set of ties, is a nod to the Harlem Renaissance Movement of the 20th Century. Each tie is named for its most influential archetypes. The Claude was inspired by the Jamaican-American poet, writer and revolutionary Claude McKay. He first travel to the States in 1912 to study at Tuskegee Institute but soon left after being turned off by its politics. He was soon after influenced by Dr. W.E.B. Du Bois after reading Souls of Black Folk and moved to Harlem during the height of the Renaissance. He would pen poems and novels and later traveled throughout Europe, as a socialist and authored “Soviet Russia and the Negro” for Crisis Magazine after an extended sojourn in the Soviet Union. It was also during his time in Russia that he wrote the classic “If We Must Die.” His work would later serve to influence the ideologies of our namesake James Baldwin and Richard Wright. In addition to his life’s work as an intellectual, artist and activist, Claude McKay was also dapper and wore bow ties frequently and well. 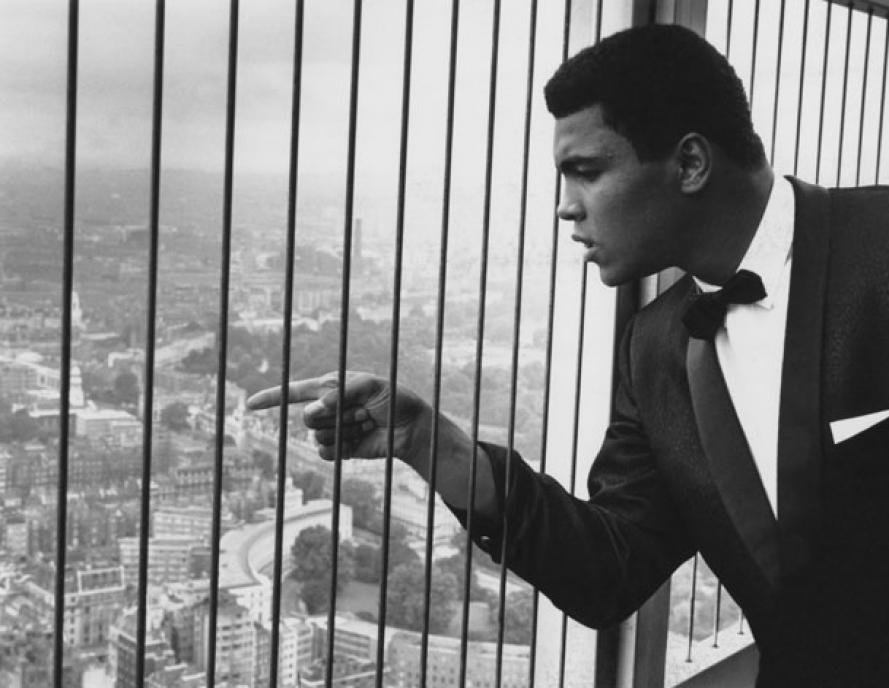 Our first shoot took place at Weeksville Historical Society, a not so hidden gem nestled in Crown Heights. Founded in 1838, 11 short years after enslavement was abolished in New York State,  a freedman named James Weeks purchased a plot of land from another freed African-American man named Henry C. Thompson. Within a few decades, that plot of land grew into a bustling community of self-determined Black people from all over East Coast, while the institution of slavery was still alive and well in other parts of the country. By the 1850s, the community had hundreds of residents – free educators, healers, farmers, intellectuals, journalists, abolitionists and clergymen.  Hundreds of years later, the site is part of the historic registry and still holds a few of the original houses that lined Hunterfly Road. Today, a variety of progressive and phenomenal programs, lectures and exhibitions take place on the site. For more information go to weeksvillesociety.org.